skip to main | skip to sidebar

I was born in Washington DC and raised in the Maryland suburbs, mainly because my father was posted at the Dutch Embassy, where he eventually became a knight in the House of Orange. (Isn’t that cool?) My Mom was also dairy-farm Dutch, so my four brothers and I were raised with a strong cultural heritage. We were also raised in the Calvinist tradition, where excellence was expected, so we all learned to work very hard at whatever we were doing, whether it was schoolwork or cleaning, (the Dutch love their cleaning!) music, sports or art.

I was interested in all things “art” at an early age, and became known as the class artist from the 2nd grade onward. I attended Calvin College, in Grand Rapids, Michigan, where I continued to study art. I did not train specifically for a career in art, although I discovered that I enjoyed teaching art and calligraphy to adults.

I have lived in various places, Massachusetts, Michigan, Florida, and Maryland, (and now call Maryland home) and I have had various jobs in teaching, sales, administrative, graphic arts, and waitressing over the years, while continuing to produce art sporadically. I participated in a few shows here and there, sold a bit of work here and there, but it was never an organized career.

Since 2007 I have become serious about my daily painting. The participation in the Daily Painter’s Gallery, the Internet classes to take and to teach, the happy availability of other contemporary artists’ galleries for inspiration, taking workshops and classes, all have contributed to my growth as a serious artist. I have been encouraged and supported by a wonderful group of collectors who cheer me on and buy my paintings (thanks to all of you!)

But as usually happens, the more you learn, the more there is to learn, the more you want to learn. I have only begun to scratch the surface. I am hungry to advance, to be a better painter, to be a more proficient artist, and to take this gift seriously. I hope to participate in some juried shows this year, to have time to produce some excellent work for the two brick and mortar galleries that have accepted my work (but haven’t received any yet) and to be more particular about what I post to this blog (and subsequently, to the DP Gallery).

Other irons in the fire are a serious web site, exploring pastels, offering fine art prints of my work, traveling to workshops, offering a five day workshop, painting in series, and possibly supporting myself to the extent that I can have a studio out of which to work and teach private lessons.

Welcome to my daily painting blog. Here I'll post my efforts to paint one small painting a day, with a little wiggle room by saying five per week. I work primarily in oils these days, but also love my watercolors. I hope you enjoy my work, and as always, your comments are welcome.

The images reproduced in this blog are copyrighted by the artist, Nel Jansen. All rights reserved.

This is a Flickr badge showing items in a set called Oils, Acrylics, Tidbits. Make your own badge here.

And so it has taken me all of sixty years to understand that water is the finest drink, and bread the most delicious food, and that art is worthless unless it plants a measure of splendor in people's hearts. ~ Taha Muhammad Ali ~


"I would like to paint the way a bird sings.”--Claude Monet
"Life is the art of drawing without an eraser."
--John W. Gardner 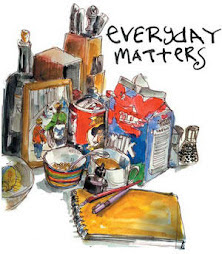 All of the paintings here are available for purchase plus packaging and shipping, except those marked "sold" in the title and description. Paintings are sold on a first come, first served basis. For information, email me at NelVanL@aol.com Thanks for your interest.